She was shocked by the cold when her head went under. She hadn’t felt it when they waded in, even when they got waist deep and the water crept up to her stomach, but the moment the leader held her shoulder in one hand, grasped her waist with the other, and dunked her backwards, like some extreme ballroom dance move, filling her hair, then her eyes, then her nose and mouth, with water, while he’d whispered, calmly, gently—“hold your breath”—she’d gasped instead at the sudden cold, and, to her embarrassment, stood up again, coughing and wheezing, water streaming out of her nostrils, watery snot running into her mouth, as everyone around her cheered in the darkness, lit by tiki torches at the backyard of the house, which tilted down to the river bank they’d waded out from.

He’d said other words, of course, the ones that were supposed to make the difference, together with the dunking, but she couldn’t remember what those were, even later that evening, when she came back downstairs after changing into dry clothes, and everyone hugged her and they all prayed together, and sang that “Maranatha” song whose tune she thought was so pretty.

She never did remember those other words. Only “hold your breath.”

Sometimes she thought she still was.

When she went to college the next fall, she sought out something like the professed camaraderie of the sprawling house by the river. But when she got to the “Christian fellowship meeting” she’d seen advertised on the wall of the mailroom, which was next to the campus rathskellar and stunk of spilled beer dried into the ratty carpet, she found it comprised not of long-haired extras from Godspell, but instead, crew cut fundamentalists who talked about the need to stick together because college was the same thing as being in “the devil’s living room.” She got distracted, wondering what the devil’s living room looked like. Somehow she didn’t think this tiny college surrounded by cornfields and marshland was what it would resemble. She imagined that if the devil, if there was one, had a living room, it would be more opulent. Surely with finer, less threadbare, upholstery. Better carpets. Probably at a better college.

One day she noticed that the stairwell of her dorm led past the top floor to the roof. No one was there, but a few empties marked where others had been. A waist-high wall encircled the perimeter. She decided to sit on it, carefully lowering her legs over the edge, the cement of the wall’s rim rough and cold beneath her. Then she stood and began walking. The wall was about a foot wide, not like a balance beam or anything, but still—one moment of stability lost, and she’d most likely be dead. She kept walking, high above the campus—a narrow road of cement leading her forward, one step after the other. The students below looked so small, so ant-like, as she strode around the northeast corner one more time. She kept expecting someone to look up and sound the alarm—there’s a crazy up there, someone call security—but no one did.

As she looked out across the campus from her elevated perch, she pondered how strange other people were. Breath upon breath escaped her, landing at her feet as she walked, a clothesline of rags washed out and left to dry. 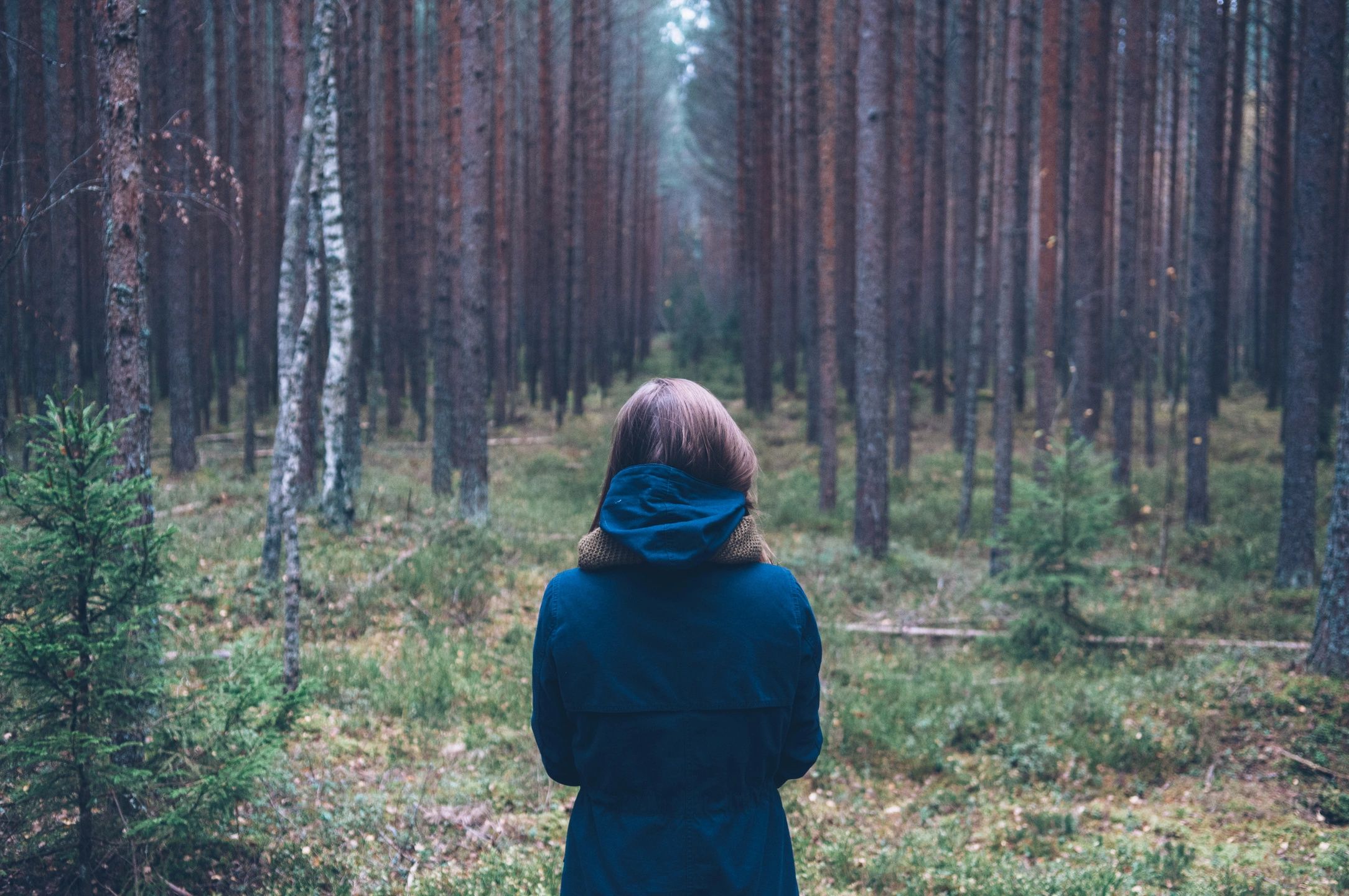