I have always been drawn to works of literature that deal with some aspect of spirituality, such as writings about religious figures, sacred spaces, mystical symbols, or writings that feature a character’s relationship to their spiritual beliefs. 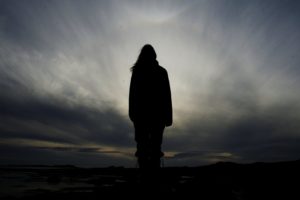 As a child, I attended a Christian church and the Bible stories I was taught have remained with me, even as an adult who no longer subscribes to those beliefs. I was never fully satisfied with the stories the Bible provided and have sought out literature that imagines more. As someone who seeks out spiritual experiences beyond what organized religion can provide, I am drawn to writers who do the same: poets whose work identifies transcendence in nature and the everyday, creating a mystical experience for the reader. As a poet myself, I look to these writers as guides for writing about the spiritual.

In Magdalene (W. W. Norton & Company 2017) by Marie Howe, the reader is introduced to Mary Magdalene, who seems to be living two versions of her life, one in contemporary America and one within the pages of the Bible. Through intimate confessions of desire, motherhood, loneliness, and guilt, Howe explores in lyric verse what Magdalene might be like as a modern woman while still maintaining her connection to the narrative of the New Testament. The use of the first person is evidence of Howe’s ability to put herself in the role of Magdalene while also offering the reader a more interior glimpse into the religious figure’s psyche, as imagined by Howe. The specific details Howe gives the life of the Magdalene persona create a link from poet to Magdalene to reader, allowing the reader an intimacy with Magdalene. Several of the poems in this book include Bible verses pertaining to Mary Magdalene and her relationship with Jesus, and a couple poems expand on what may have transpired between the two as Jesus prepared for his crucifixion.

In the poem “Magdalene—The Seven Devils,” Howe includes an epigraph after the title that quotes a verse from the book of Luke. It states “Mary, called Magdalene, from whom seven devils had been cast out – Luke 8:2” (16).  Howe’s speaker explains what (not who) these seven devils were, providing no other background information except for the epigraph. However, this is enough to establish Howe’s ethos as a poet who is informed about and has likely studied this religious figure. Though we know the seven devils Howe creates for Magdalene are fictionalized, this bit of context gives the reader a glimpse at the thought process behind the poem. For readers who are not familiar with Mary Magdalene, the inclusion of this verse is a helpful gesture, and may even encourage some readers to research the Magdalene figure.

The stark, conversational tone of the poem suggests that the reader has access to an everyday Magdalene, one who is present and ready to discuss her inner demons. The seven devils that plague Magdalene are, for the most part, familiar modern-day struggles most readers could relate to, delivered in raw, unabashed lines that demand to be believed. The first devil Magdalene lists is “that I was very busy,” while the second devil is “the laundry was never finally done”, and another is “that I projected onto others what I myself was feeling” (15-19). Magdalene continually revises her list of devils throughout the poem, forgetting the order, and ending with a crushing description of the death of her mother, causing her to dream of “knucklebones and roots, / the slabs of sidewalk pushed up like crooked teeth by what grew underneath” (20). The final line of the poem is addressed to a “you” that is nameless, but considering the epigraph, “you” could be Jesus. Howe writes, “And that I didn’t think you—if I told you—would understand any of this” (20). If the “you” is Jesus, it implies a much more complex relationship between Magdalene and Jesus than what is present in the Bible. This reading is exciting in that it attempts to go beyond, or perhaps read between, the information we do have about Magdalene, and it could mean that every “you” in this collection of poems is Jesus, providing the reader with a much more intimate version of their relationship.

Through Howe’s poetry, Magdalene is both Biblical figure and everyday woman, sharing her experiences with the reader. In “Magdalene: The Woman Taken in Adultery”, these two aspects of the persona Howe created come together, again with the help of a Bible verse as epigraph. The verse is from the book of John, where Jesus’s accusers tell Jesus that Mary Magdalene should be stoned as punishment for adultery according to the law of Moses. Jesus’s response is a rather famous, oft-quoted Bible verse, in which he tells his accusers that whichever one of them is without sin should throw the first stone. Howe does not include this part of the verse, however, and instead the poem is from the voice of Magdalene, who is a present-day version. She asks the reader, “You know how it is when your speeding car spins on the ice at night / and you think here it is?” (40). This turn towards the thoughts of Magdalene as she is faced with death gives her the agency in the situation and takes the focus away from Jesus. Though Howe’s Magdalene does nothing to prevent her potential stoning, she is given the chance to speak about this moment in her life, to describe to the reader how she felt in that moment when Jesus seemed to gamble with her life to prove a point. Magdalene asks the reader, “Now imagine someone is about to push you, someone you know / and then they don’t” (40). After giving examples of near-death experiences many readers can easily imagine, this final line asks the reader to put themselves in Magdalene’s situation. By writing about the religious figure in this way, Howe brings the Magdalene of the Bible into the present and evokes empathy for her in the reader. We feel that we might understand Magdalene a bit better, even if these poems are fictional accounts of her life.

Whether the goal of the poet is to question religious authority, reimagine religious texts, or gain a new understanding of religious figures, the inclusion of personal experience is key to writing about the spiritual. This does not mean that the poet needs to include things like childhood memories or even details from their own spiritual beliefs but adding an element that the reader can identify with is important.  Adapting a persona is one way of distancing oneself from the topic while also maintaining a level of intimacy with the reader, something Howe does in Magdalene. By using a relatable speaker who speaks from a place of personal authority, the reader will have a way into the poem and may even undergo a mystical experience.