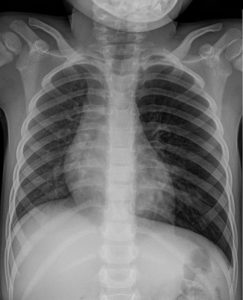 Auto-Theory is a contemporary form of writing said to blend critical theories with personal [embodied] experience. Think of the fiction workshop adage “write what you know” amended to “write what you directly sense with what you suspect to be true” and you may begin to conceive of how this blending occurs.

Roots of the practice of auto-theory can be found in the works of Audre Lorde, Gloria Anzaldúa, Maggie Nelson, and Bhanu Kapil, to name a few. Given that its modality deals with embodiment, auto-theory has become inextricably associated with feminist, queer, and postcolonial literary expression. For me, there is no question that auto-theory is a tool for empowerment. As Lorde explains in her short essay “Poetry Is Not a Luxury,” “[the] quality of light by which we scrutinize our lives has direct bearing upon the product which we live, and upon the changes which we hope to bring about through those lives.”[1] Theory arguably produces “quality”—theorists repeatedly acknowledge the exclusionary and/or disciplinary practices of institutional knowledge production[2] and even speculate as to whether or not the field has run out of steam.[3] Yet auto-theory persists, perhaps as a means to unify one’s educated self with one’s alienated body. Lorde’s use of the term “product” is literalized in Virginia Konchan’s critique in the article “Neo-Confessionalism: Whose Commodity Am I, Anyway?,” which argues that writing that is confessional in kind (i.e. first person personal) is not quite the liberating gesture I once thought, as it often leads to unpaid labor of contemporary writers who participate in their own commodification in order to gain access to canonical processes of meaning-making.[4] The lives led by auto-theory writers certainly become the product, more so than with other modes except, of course, purely autobiographical writing.

The question therefore arises for me –why does auto-theory feel inevitable? Why am I drawn to it like a moth to a flame despite having been singed more than once?[5] While I would argue that iterations of auto-theory must continue for all times, after reading my post-traumatic poems for a crowd, I was more attuned to Konchan’s cue that “[all] subjects, too, reserve the right to remain silent, and refuse de jour any Scheherazade-styled ‘confession’ of pathology, misdeed, or pain.” I felt that catharsis arrived at the moment of mere cataloguing, and the notion of having an audience for that work often extended my obsessional review. Attempting to break free from the cyclical nature of revelation-and-reveal, as well as the risks involved with confession, I experimented with writing on topics beyond selfhood. But then, a traumatic incident occurred and I was blocked. I was blocked because I didn’t want to write about my individual trauma anymore, didn’t think his actions were worth any space on a page, and was painfully unsure how to classify the incident, yet the Post-Traumatic Stress Disorder was so consuming I found it difficult to think about much else. To heal, I began fortifying myself with knowledge, but this still left me vulnerable as research informed me that policy, what I feel, and how others think are three entirely separate matters and I was subject to all of them. Finally, the day arrived in my Cognitive Processing Therapy when I was assigned the task of writing a detailed account of the incident. I failed—I had to orally dictate instead. However, the CPT had been working, and once the task was over, I felt un-blocked and had far fewer “stuck points.” And soon after that, statistical studies on sexual coercion tactics, delineations of types of sexual assault, and psychoanalytic terminology began to look like writing material (again). This signaled my re-visitation to auto-theory; though, I do question if anywhere in my process there is proof of an absolute departure. Being unrelentingly moved toward this mode in order to better understand myself and the world around me, and therefore to be able to write, I wonder if this is truly [creative] freedom or not.

[2] Foucault, Michel. Discipline and Punish: The Birth of the Prison. Vintage, 2009.

[4] Konchan, Virginia. “Neo-Confessionalism: Whose Commodity Am I, Anyway?” The Critical Flame: A Journal of Literature & Culture, 13 May 2013, criticalflame.org/neo-confessionalism-whose-commodity-am-i-anyway/.

[5] Shakespeare, William. The Merchant of Venice. The Floating Press, 2008.