“To Begin, a Dear Reader” by Erika Hodges

CAConrad says of the poem, “It does ALL of the things I most want a poem to DO TO ME… / it’s a mystery but it’s a place we go inside the poem / and it makes the world feel better / but it’s still a spectacular mystery”

Erika Hodges is a gender expansive poet and performance artist living and breathing in Brooklyn, NY. They are a graduate of Naropa University and an MFA candidate at Pratt Institute. Their work can be found or is forthcoming at Flag + Void, CALYX, The Adirondack Review, The Poetry Project and others. They are a 2020 Can Serrat residency fellow as well as a Brooklyn Poets Fellow. Erika is a volunteer at The Poetry Project as well as a poet’s assistant and archivist for elder poets in the community. Their work and life is deeply devoted to queer love, troubling the dystopian values of borders and binaries and the ideas of poetry and lineage as a sort of home.

Runners up: “How a lake flash-froze a herd of horses” by Erin L. McCoy and “how to fold a stone” by Nicole Oquendo

CAConrad received a 2019 Creative Capital grant and has also received a Pew Fellowship in the Arts, as well as The Believer Magazine Book Award and The Gil Ott Book Award. The author of 9 books of poetry and essays, While Standing in Line for Death (Wave Books) won the 2018 Lambda Book Award. They teach at Columbia University in New York City, and Sandberg Art Institute in Amsterdam. Please look for CA’s books and the documentary The Book of Conrad from Delinquent Films online at http://bit.ly/88CAConrad.

“CAConrad’s poems invite the reader to become an agent in a joint act of recovery, to step outside of passivity and propriety and to become susceptible to the illogical and the mysterious.”
–Tracy K. Smith, New York Times

Keith Lee Morris is an American author who has published three novels, The Greyhound God (University of Nevada Press, 2003), The Dart League King (Tin House Books, 2008) and Traveler’s Rest (Little, Brown and Company, 2016) as well as two collections of short stories, The Best Seats in the House and Other Stories (University of Nevada Press, 2004) and Call It What You Want (Tin House Books, 2010). His work has been published in A Public Space, Tin House, The Southern Review, Ninth Letter, Story Quarterly, The New England Review, The Cincinnati Review, and The Georgia Review. Morris received his MFA in Writing from the University of North Carolina at Greensboro.He is currently an Associate Professor in creative writing in the Clemson University English Department. 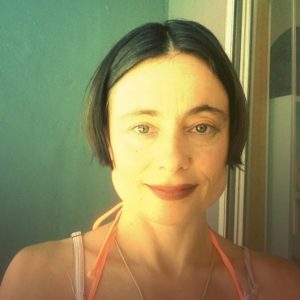 “to live and die in a small town” by Dawn Robinson

Dawn Robinson lives in Northern California, near to the ocean. She enjoys reading december magazine, Queen Mob’s Teahouse, has works published by Architrave Press, and has been fortunate enough to be surrounded by brilliant authors and artists of all kinds. The poet Marvin Bell has had a profound influence on her, in terms of his commitment not only to poetry, but to the community which he fosters. 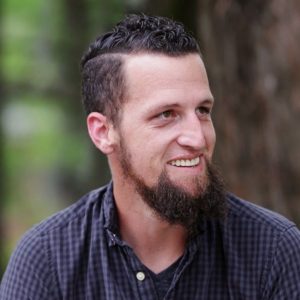 J. Bruce Fuller is a Louisiana native, and is currently a 2016-2018 Wallace Stegner Fellow in Poetry at Stanford University. His chapbooks include The Dissenter’s Ground (Hyacinth Girl Press 2016), Notes to a Husband (Imaginary Friend Press 2013), Lancelot (Lazy Mouse Press 2013), 28 Blackbirds at the End of the World (Bandersnatch Books 2010), and Flood which is the winner of the 2013 Swan Scythe Chapbook Contest. He is the co-editor of Vision/Verse 2009-2013: An Anthology of Poetry (Yellow Flag Press 2013). His poems have appeared at Crab Orchard Review, Harpur Palate, Pembroke Magazine, The Louisiana Review, burntdistrict, Birmingham Poetry Review, and Louisiana Literature, among others. He is the editor and publisher of Yellow Flag Press. He received an MFA from McNeese and a PhD from the University of Louisiana at Lafayette.