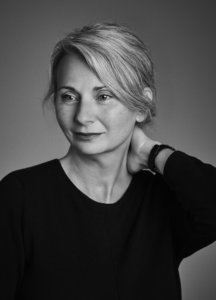 When I was finishing up an MFA in fiction at Pacific University, I had a vivid writing dream: all of my teachers — each one a published and respected writer — were playing in a pond. They jumped in, splashed around, climbed back out, then did it all over again. Each of them wore some sort of costume— one had antlers— outlandish additions to their normal selves. They were having a fantastic time, and my dream self wanted to join them, but because I was wearing green pants and had no costume, I was instead required to slide down a steep chute off a cliff and into the ocean. Since that dream, I’ve been wondering about the idea of a writer’s persona, and whether it’s necessary for sustained creative life. Which is why I decided to interview Deborah Reed, a fellow Pacific alum and a successful writer in multiple genres, who’s published under her given name and with a pseudonym.

Rougarou: It’s not fair for me to ask you to interpret my dream, Deborah, but I suspect you know quite a bit about the practice of presenting yourself and your writing to the world. Do you think it requires a “costume” of a sort? Or an armor?

Deborah Reed: Wow. That’s some dream! Like something out of True Detective! But to answer your question— yes, I think I know just what you mean, especially about the costume, or armor, to help navigate the writing life. But what I think we’re really talking about, if you boil it down, is imagination. Just as you have to imagine your characters and their lives into being, you must imagine yourself in the role of creation. It doesn’t seem to matter what stage in a career a writer finds herself, there will always be a gap between the self and the finished work. Every new novel arrives like a stranger at the door. It’s unsettling. You’ve never seen it before in your life, and suddenly you’re expected to know how to treat it and where it belongs. This disconnect comes from having to rely on imagination and discovery of the work at hand, and these are terribly intangible tools. They aren’t readily available, and even when they do show up, they’re often cumbersome to use. I think the thing that ultimately brings everything together is the act of faith. If you sit down and do the work, day after day, over time and with patience, a story begins to unfold, characters reveal themselves, and threads eventually richen and pull together. Faith that this will happen is essential. I suppose you could say that faith is the costume you have to dress in every morning, the real uniform that is required to perform the work.

Rougarou: Was your embrace of a pen name a marketing decision (thrillers vs. literary fiction) or is there another purpose or kind of protection you get when you take on an alias?

DR: Initally, I had ideas about literary and thriller writing. I saw them as very separate entities, and when I say separate entities, I mean I saw one as better than the other. I feel very differently about that now. But back then, while my agent was trying to sell my first novel, Carry Yourself Back To Me, I was anxious it wouldn’t get picked up, and so I occupied my myself by writing a thriller on a bit of a lark. The thriller, A Small Fortune, turned out to be the first book I published, and so I used a pen name because I didn’t want to be known as a “thriller” writer, which seems very funny to me now, as I couldn’t care less. Categorizing stories into genres is mainly done for marketing purposes. Who is the audience? What are they looking for? But there is really so much overlap. We find magical realism in literary fiction, as well as fantasy and sci-fi and romance, and of course thriller-type plots. I believe that if the prose has been given careful attention, and the characters are rendered as flesh and blood people striving to change, then what you’ve got is a book that most people will enjoy reading, no matter in which section of the bookstore it is located.

Rougarou: What advice do you have for writers — like friends of mine whose first books are about to be published — who are on the precipice of greater exposure? How have you managed to stay free and bold (and vulnerable) in your writing while withstanding the pressures and anxieties of being seen?

DR: This is a very important topic that is close to my heart. I can’t say enough about how crucial it is for writers to stay true to the work, and not get caught up in the attention to the work from the outside, which leads to attention on the writer. Fundamentally, we’re talking about noise and distraction that toys with writers’ emotions and feelings of self-worth. It’s fine to get excited and celebrate one’s success, but if those feelings aren’t short-lived, you risk being seduced by the noise, and in the end, both the writer and the writing will suffer a kind of orbiting off into nothingness, without a place to land. It’s important to check in with yourself regularly to see if the story, the work itself is your driving force, if the vision you have for it is being fulfilled, or if the attention you’re getting, or imagining that you will get, is the thing that inspires you to write. If it’s the latter, I’m willing to bet the work will suffer, and fall flat, as your affections and deepest attentions are being played out elsewhere when they should have been on the page.

The novel I’m finishing up right now is about a well-known painter who has chosen to remain out of the spotlight her entire long life. The act of creation and artistic expression is what she’s always been after, and she insists that the work speaks for itself. I feel a kinship with her. Everything outside of the work is just hullabaloo.

Rougarou: What’s next for Deborah Reed?

DR: As I mentioned, I’m just finishing up a novel called Violet Swan, which is coming out with Houghton Mifflin in June of 2020. And as of this summer, I will become an independent bookstore owner, taking over my local bookstore on the coast where I live in Oregon. It’s called Cloud & Leaf (named after a very long Mary Oliver poem). I’m thrilled to take on this new role in the literary community, and look forward to discussing all kinds of books with all kinds of readers, live and in person.

Deborah Reed is the author of four novels: The Days When Birds Come Back, Olivay, Things We Set on Fire, and Carry Yourself Back to Me. She has also authored two popular thrillers under the pen name Audrey Braun. Her forthcoming novel, Violet Swan, will be published in June, 2020, by Houghton Mifflin Harcourt. Deborah holds a Masters in Fine Arts in Creative Writing and is co-director of the Black Forest Writing Seminars at the University of Freiburg in Germany. She teaches creative writing at workshops around the U.S. and in Europe. She lives on the coast of Oregon.